Here we go again. The old blogger verses blagger conversation has raised its head again. I hear of influencers asking for free food and drinks far too regularly and for the sake of my sanity, I just switch off. It’s white noise. However, one recent exchange between a restaurant and an influencer did prompt a response from me. I found this exchange particularly irksome. I won’t bore you with the details and I’ll protect the self-proclaimed foodies’ identity.
Influencer: Hello restaurant. Give me free food. I have loads of followers.
Restaurant: Anything ranging from ‘no thanks’ to ‘fuck off’
Influencer: ‘rude’ / ‘I’m offended’ / ‘I’ve got loads of followers and I get loads of likes’ / ‘you’re making a mistake’ (delete as appropriate)

These requests come thick and fast - a restaurateur likened the batting away of these request to a game of whack-a-mole. There is something chronically wrong with this type of behaviour.
The recent exchange I referred to came from an influencer boasting nearly 10k followers on Instragram. I ran their account through fakecheck.co (*see update below) and it spat out a ‘social engagement grade of F’. I’m not an expert but the letter ‘F’ was in red. That’s not good. It also goes onto to say that 58.36% of their followers are ‘dormant or fake followers’. Ouch.
Another day another parasite. Nothing new here. But they’re leaching off restaurants already running on empty. 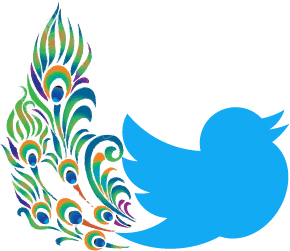 When I blogged, it was simple. I paid for my meal and I blogged about it. I particularly want certain restaurants to survive this awful period so the best thing I, or indeed anyone, can do is to put money in their tills. If my blog made someone else go to that restaurant then that's a bonus. The cherry on the cake. Unlike the influencers, I don’t kid myself that I’m propping up p&ls and filling restaurants. Harvard Business Review’s journal on “What’s the Value of a Like?” makes this very clear: "Merely liking a brand neither increases purchasing nor spurs friends to purchase more.”
I’m a tolerant person and I’ve listened to influencers extol the virtue of their work. They take pictures, edit them, add captions - it’s all pretty menial but it does take time. Their argument then goes something like: influencer posts photos to thousands of followers > followers like posts > followers then visit restaurant > money spent at restaurant. Seems to make sense, doesn’t it? It’s just advertising, isn’t it? It’s not though.
Doing some research, the web is full of blog posts championing the unsubstantiated claims that ‘collabs’ between businesses and influencers work. There is little to no weight behind their arguments as they hopscotch from a sketchy premise to a dodgy inference onto a series of non sequiturs before reaching their conclusion.
“Marketing Through Instagram Influencers” published by Ghent University is another journal with authority. For 'influencers' banging on about their number of followers as a means of working with that unique, independent restaurant, the journal finds that “...cooperating with influencers with high numbers of followers might not be the best marketing choice for promoting divergent products, as this lowers the brand’s perceived uniqueness and consequently brand attitudes.”
So, dear influencer, buy fake followers if you like but don’t then cite those inflated numbers as a means of asking for things for free. Stop chasing those vanity stats because they mean nothing. Leave our restaurants alone. If your Instagram posts are that good, the restaurants will come to you.
* update - it has been bought to my attention that fakechecker.co is not the most reliable when checking fake follwers etc.
Posted by @BwytaCaerdydd at 12:17