I’ve been writing a food blog for nearly 5 years. My motive for doing so is simple and is driven by my desire to:
Whilst I prefer writing about the former, this post deals with the latter. It deals with the murky world of bloggers, or more accurately an off-shoot of that corpus: blaggers. There are two things at play here, blaggers who buy followers and blaggers who buy ‘likes’.

The New York Times’ excellent piece on exposing celebrities and other folk who have purchased followers shone a light on this topic. This practice however isn’t the preserve of celebrities looking to inflate their online presence for the sake of gaining freebies but it happens at a more local level. It’s happening now. The practice is dodgy at best and dishonest at worst.

Once-upon-a-time-blogger-turned-freelance-writer, Kacie Morgan (The Rare Welsh Bit) recently spoke up about this very topic. The New York Times’ expose shone a light so illuminating it was blinding, whilst Kacie’s more nuanced contribution allowed for the likes of myself - and importantly restaurants - to make sense of this murky underworld. 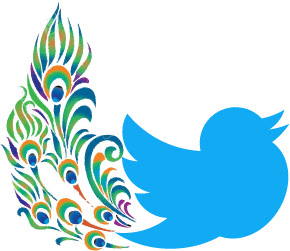 Put simply, the blagger buying ‘likes’ is leading a vacuous and pointless existence. Gaining likes, should be like what fame used to be. It’s a by-product. A by-product of doing “something”.

Buying likes seems to be more prevalent than buying fake followers among the Cardiff food blaggers. I suspect the reason for this is down to the ease in which you can purchase them.

A bona fide blogger whom I trust (@OctopusDiaries) shared with me how easy it is. This inane post attracted nearly 300 likes: 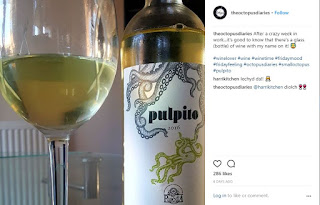 The number of likes was in fact down to paying an online company (some moral abattoir) the measly sum of £1.27. Blaggers are doing this time and time again. This artificial inflation of their social worth is important. This is the morally corrupt basis for blaggers to whore themselves out to PR companies and restaurants. This gives rise to nauseating sentences such as: “Hey [insert restaurant name], I’m an influencer with x followers gaining y likes per post [insert inflated figures] and I’d love to work with your brand.”

Below are a few screen shots taken from prominent blaggers in Cardiff. Look at the accounts liking their posts. Following an instagram post 5 days ago it has already amassed 570 likes. I look in, at random, into who likes this post to discover: 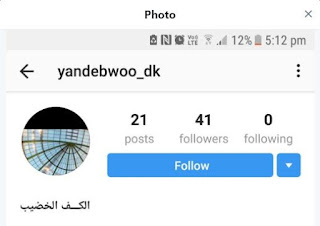 This, again selected at random, is one account liking a soporific post from a staggering 671 likes in just 2 days: 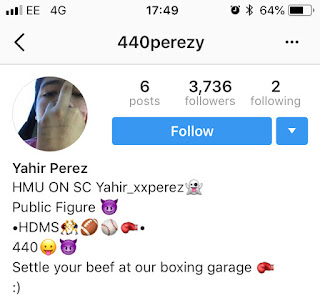 The number of fake accounts liking these posts is huge. Take a look and ask yourself whether these are real people or bots and those writing the posts bloggers or blaggers.

Buying followers baffles me. I can think of no reason why anyone would do so other than to dupe, deceive, trick, mislead and lie to “brands” to make them work with them. To make a living like this in any other context is illegal.

How does one spot a blogger from a blagger? Well, there’s help at hand in the form of Twitter Audit, Social Blade and Hype Audit (there are others). These audits scan and score followers. The algorithms are by no means perfect but good enough to spot a blagger. Exhibit A: an analysis of a Cardiff-based blagger who is big in Russia, Italy, USA and Iraq...

Play fair out there in the world of social media. Don’t buy follower and don’t buy likes. Don't be a dick and regardless of your following, do not ask restaurants for a free meal. They are the ones working long hours to wafer thin margins to a more demanding consumer. You? You are merely a chump with a laptop.

Email ThisBlogThis!Share to TwitterShare to FacebookShare to Pinterest
Labels: Caerdydd